Kleinberg Kaplan’s investor activism practice is devoted to helping concerned investors gain management’s attention and unlock hidden value. Our experienced attorneys work with our clients to develop and implement strategies to achieve their goals, from the initial analysis of available options through the successful conclusion of the activist campaign. We are experienced in activist projects ranging from constructive engagements all the way through vigorously fought proxy contests. The practice has been recognized by investor resources such as The Activist Investor Blog, 13D Monitor Investor Communications Network, LLC, and SharkRepellent.net as one of the leading legal advisors to activists. For the third year in a row, Kleinberg Kaplan has been ranked by the Wall Street Journal as one of the top five law firms representing activists. Practice Chair, Christopher Davis, has shared his insights with media outlets such as The Wall Street Journal, The New York Times, CNBC’s “Squawk Box,” Bloomberg TV and Fox Business, in addition to speaking on numerous investor activism panels.

We represent clients across the full spectrum of approaches, from private discussions with Management and the Board of Directors, through and including

As a result of Kleinberg Kaplan’s long history of representing the funds industry instead of public companies, we can generally pursue investor activism without conflicts or institutional reservations. Our activist clients know that we will not be representing a public company in its defense against activist investors seeking to increase value or improve operations. We are pure-play activist lawyers.

Among our noteworthy activist representations are:

• Orchestra-Prémaman S.A. and Yeled Invest S.A. in a Support Agreement with Destination Maternity Corporation that resulted in placing two new directors on the Board of Directors. The Support Agreement also created a new Business Initiatives Committee to identify operational improvements for the benefit of all stockholders.
• Advised Privet Fund Management LLC in gaining a seat on the Board of Directors and the Compensation Committee of Potbelly Corporation.
• Viex Capital in its settlement to change control of the Board of Directors at Quantum Corporation.
• Meson Capital Partners in its proxy contest against Sevcon, Inc.
• Periam Limited and others in its nomination of directors at EnerNOC, Inc.
• Mangrove Partners in its settlement with SunCoke Energy, Inc.
• Assisting Elliott Associates L.P. in its investment in Alcoa Inc.
• Ides Capital Management L.P. in its proxy contest against Boingo Wireless, Inc.
• Mangrove Partners in its proxy contest against, and settlement with, RPX Corporation.
• Engine Capital, L.P. in its settlement with CST Brands, Inc.
• Mangrove Partners in gaining a Board seat at Fifth Street Asset Management Inc.
• The D3 Family of Funds in gaining a Board seat at Rosetta Stone, Inc.
• Mangrove Partners in connection with its activist investment in Home Loan Servicing Solutions, Ltd.
• Luxor Capital Group in connection with its negotiation of a settlement for board representation at BJ’s Restaurants, Inc.
• Lane Five Partners LP in two campaigns to add directors to the Board of Ambassadors Group Inc.
• Third Avenue Management LLC in its campaign for a director on the Board of Tellabs, Inc.
• Lane Five Partners LP as part of a group bidding for Learning Tree International Inc. in its response to an ultimately unsuccessful bid by Learning Tree’s founder.
• Elliott Associates, L.P. in a proxy contest resulting in the open-ending of The Salomon Brothers Fund, Inc., the oldest and largest closed-end fund in the Citigroup family of funds.
• DellaCamera Capital Management in its campaign to unlock shareholder value in Enzon Pharmaceuticals, Inc., including by removing the CEO through a shareholder consent solicitation. As an immediate result of DellaCamera’s campaign, Enzon’s Board of Directors separated the roles of CEO and Chairman, appointed a new Chairman, and added a new independent member of the Board.
• Burlingame Asset Management, the largest independent stockholder of Everlast Worldwide, Inc., in the public fight for control of Everlast. At first part of the original purchasing group, Burlingame later went on to support the winning topping bid.
• Esopus Creek Advisors LLC in its successful campaign to block the off-price clothing retailer Syms’s attempt to de-list and de-register its shares; the shares were re-listed and re-registered. In addition, the firm is representing Esopus in its efforts to press the clothing retailer, now called Trinity Place Holdings, to maximize the value of its real estate assets for development or lease. Following the Syms bankruptcy, Esposus owns approximately 7% of the common shares.
• Third Avenue Management LLC on its unsolicited bid for Instinet’s institutionalized brokerage business.
• Esopus Creek Value, LP and Black Horse Capital, New York-based hedge funds, in a suit against Metromedia International Group Inc., a Delaware corporation and its board. The hedge funds challenged Metromedia’s efforts to sell the company’s remaining assets without obtaining the consent of its common stockholders. Metromedia had planned to file for bankruptcy and quickly sell the assets to avoid Delaware’s ban on such a sale. 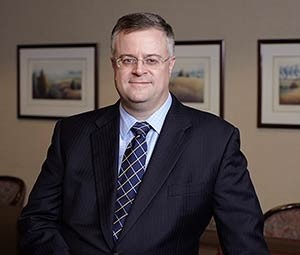 Puttin’ on the Ritzen: Supreme Court Rules that Stay Relief Denial is Appealable